So, the weather forecast...


Still hot, still not happy.
Posted by metalsparkles at 19:40 No comments:

Email ThisBlogThis!Share to TwitterShare to FacebookShare to Pinterest
Labels: climate change don't real, it's too hot, really it is too hot, still so hot, summer heatwave, summer sucks, why is it so hot

Back in my world of old news... Flickr is making changes... again... 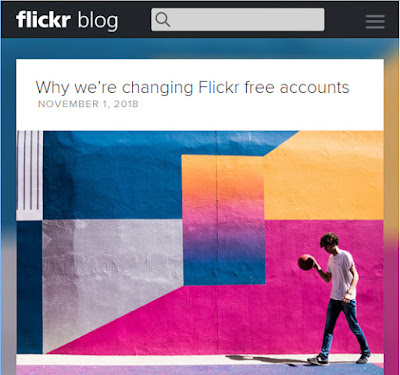 When you are struggling to keep track of life because of shitty life reasons, months could be another word for minutes, I dunno, whatever. Point is, this is news that I'm still trying to process, ever so slowly as is the unintentional pace of the rest of my life. 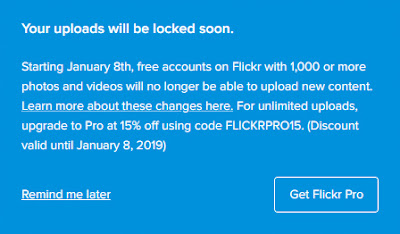 For the record, the last time I'd uploaded images was August 31, 2017... yeah... life totally sunk for a long while there... I even missed the memo when Yahoo first acquired Flickr. Which was fine but then they made it so that you had to sign into Flickr VIA Yahoo. Yeah shit. Before that, to get into your Flickr account, you signed in through Flickr, duh. I had been seriously ill when that happened and completely missed that transition. The runaround to try to fix that was fun, NOT, but it was done. And now, you can choose to sign into Flickr via Flickr itself OR Yahoo. Flip flop flap blap. Oh and SmugMug owns Flickr now (Flickr bought by SmugMug as Yahoo breakup begins, by Samuel Gibbs, 23 Apr 2018 @ theguardian.com). 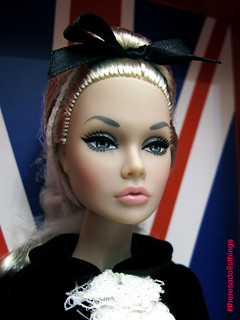 Oh yeah, I also collect dolls and other toys. The way I've been seeing it, the photos that I've uploaded are a form of community service for the collecting community to help identify and give background to their collectables. I am not going to pay to provide free work. That's just, simply illogical.


So, as of NOW, it appears that I have 3912 photos... since I'm too poor to pay to share my photos for free... I guess this number is expected to gradually shrink...

And now, in ongoing weather watch...

Today is the coolest day, with the lovely low of 29°C HAHAHAHAH. (low temperatures are greyed out because that's sleeping time and the building never gets to cool down enough to get that low.)

Forecast is, more hot and hot and a touch of crazy hot. Summer is ongoing and it still sucks.

A Few Purples From Colors By Llarowe

I wish nail polishes came with a little pamphlet to tell you what collection they're from and what other colours are in said collection... you know, like Lego mini-figurines... but then Lego is a multi-billion dollar company and most indie polish makers are not billionaires.

So, I have 3 new-to-me purple polishes by Colors of Llarowe. They are from various collections, those collections happen to be...

Sugar & Spice is the lilac creme with shimmer from a collection of 8 polishes.

Violet Haze is the deep purple jelly from a collection of 18 total polishes, of which 6 were crellies and/or jellies, which is what will be listed below.

For actual real pictures and swatches, Cosmetic Sanctuary has them (21/11/2015).

Weeping Angels is part of a massive collection of 16 polishes. Overall appearance as follows:


Oct 2018 PPU - Here's a first look at the Colors by Llarowe tongue-in-cheek take on October @polishpickup theme of Villains! ° I am not trying to start a political debate here just showcasing my warped sense of humor in its glory. I know it is not going to be everyone's cup of tea and that is okay. I hope we can all agree to disagree and have a good laugh. ~ Leah Ann ° Fake Tan Man is a sheer orange-based polish packed full of "pee" (OG UP) pigment and assorted flakes that shift red to gold to green. "It's a bird! It's a plane! It's...Fake Tan Man?!? Use on its own or as an excellent combover on your favorite polish. ° $11 and available for pre-order Oct 5 - 8 exclusively at www.polishpickup.com. 💅💅💅
A post shared by Colors by llarowe (@colorsbyllarowe) on Sep 27, 2018 at 2:25am PDT

... and TIL that Scandinavia and the World is not on Instagram *shocked*


In other news... at least it's just regular hot now instead of crazy hot. 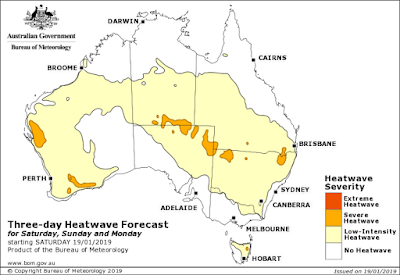 The forecast (of inactivity) for this following week...

Seriously can't wait til summer is over!
Posted by metalsparkles at 00:58 No comments:

Growing up is hard.


The Vervet Forest Episode 7 - Orphans Peggy and Joli are moved to a Skrow troop intro enclosure where they meet their new foster mom monkeys. Baby Groot struggles to learn the feeding cage.


So tiny, such fury!

Convincing the babies to drink from inside the feeding cage is not the easiest task. Here’s @hiptothehop95 talking Pakko into being a big boy, but he ain’t interested. 😂 The feeding cage is a crucial step in the foster mom process. Since the adoptive mothers are not lactating, the bottles are where the babies get their milk from for the first year or so of their lives. Once they’re in the troop we try to minimize human exposure which means no more hand feeding. This also means the bottles are exposed to the troop, so to avoid any pesky juveniles or adults getting at the bottles, the bottles are placed inside this small cage with openings just big enough for the babies to fit into. Once the babies get the hang of climbing in and out to drink then bottle life is great, but in these early Disneyland days the concept can be a bit frustrating for a hungry baby. #vervetforest #notpets #animalrehab #wildlifeconservation
A post shared by The Vervet Forest (@vervet_forest) on Jan 11, 2019 at 7:31am PST

It's amazing to be able to watch baby animals growing up :)

Meanwhile, counting down the days til a bearable daytime temperature comes around again...

Posted by metalsparkles at 19:13 No comments:

Email ThisBlogThis!Share to TwitterShare to FacebookShare to Pinterest
Labels: animals are awesome, instagram, summer sucks, vervet monkey foundation, vervet monkeys, why is it so hot, youtube

In the long ago (pre-2010) people used to do a blog roll call or follow or shout out thing... I'm not sure how things are done these days (lol omg so old), so I'm going to link specific blog posts that I've enjoyed recently... and by recently I mean months ago because I've had this post on "draft" mode for a while...


www.pollypolish.com is no longer online :(
(active ??? - definitely not active anymore!)
- SEE!?! NOT everything remains on the internet forever!

Other pages I'd bookmarked for some reason that I've forgotten... ordered from newest to oldest...

16/11/2018 by pishnguyen Swatch My Stash! Pretty Serious #2: Blue, Purple, and Neutral
- It's so nice to see new blog posts of Pretty Serious polishes still being swatched. With well researched back stories to boot!


12/10/2017 by M.M. Chouinard Morgan Taylor Flirty Florals stamping kit
- her stamping is so neat and clean... I'm so impressed! And those plate patterns are quite pretty too.


19/07/2017 by Marisa Inspired By Your Partner // Beer Appreciation
- a cute beer themed nail art tutorial that also includes PSC's Wish You Were Beer as one of the polishes used.

It looks like another scorching week ahead so minimal productivity to be expected :(


I've got too many drafts and ideas to clean up and finalise!
Posted by metalsparkles at 17:44 No comments:

Email ThisBlogThis!Share to TwitterShare to FacebookShare to Pinterest
Labels: bloggers, blogging, it's too hot, never no work, other blogs, summer sucks, why is it so hot
Older Posts Home
Subscribe to: Posts (Atom)